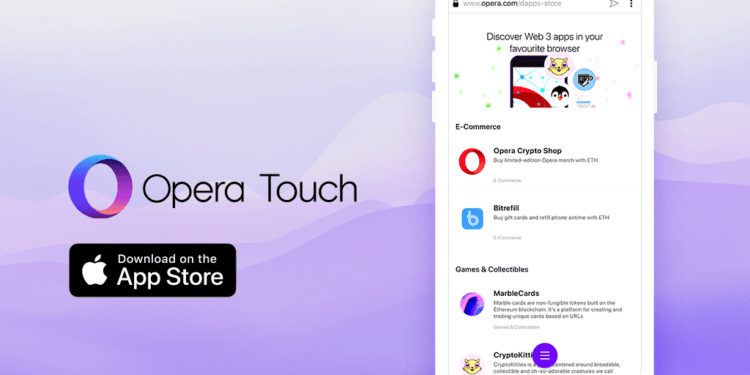 Opera, the major web browser, has brought cryptocurrency to the iPhone. The company announced Wednesday that its Opera Touch browser now comes with an Ethereum crypto wallet. The move follows a previous rollout of a crypto wallet for Android smartphones and PCs running Mac, Linux, and Windows.

Charles Hamel, head of the crypto at Opera browsers, welcomed the move in a statement:

We believe that all modern browsers should integrate a crypto wallet. This will enable new business models to emerge on the web. Opera is the first browser to make using crypto on the Web seamless and easy. Following a strong demand from the crypto-community, we are now making this experience available on iOS.

The move is aimed at supporting new decentralized applications on the internet, falling under the umbrella term “Web 3.” The wallet supports the Ethereum Web3 API, which means users can interact with Apps without downloading any browser extensions. With its Ethereum wallet, Opera’s browser supports all stable coins, ERC-20 tokens, and non-fungible tokens.

Ethereum Comes to the Smartphone

The launch follows Opera Touch’s previous rollout of an Ethereum wallet on Android. That update, which arrived in December 2018, received support from the cryptocurrency’s co-founder Joseph Lubin:

We see this as an important moment in improving Dapp accessibility, opening Web3 to mainstream audiences, and encouraging developers to build on Ethereum.

Now that Opera Touch comes with a wallet on both major smartphone platforms, it could spur further development. The company also announced Wednesday that it had partnered with Marble. Cards, a dApp that turns web pages into non-fungible tokens. Users can play, trade and sell collected URLs through the built-in share feature. 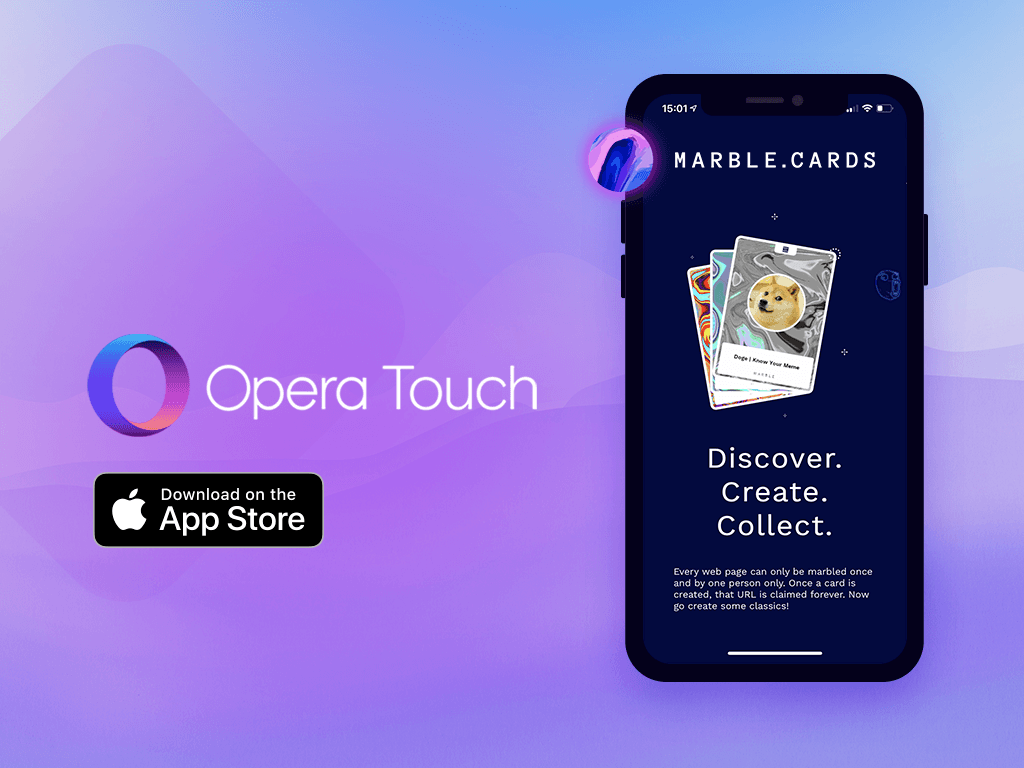 Apple Stays Out of the Spotlight

Opera is not the only firm bringing crypto to the smartphone. Samsung announced in February that its Galaxy S10 flagship would feature a crypto wallet for storing ERC20 tokens. The firm is expected to extend this support to its budget range of devices.

Apple has remained silent in the conversation but moves prior to the June Worldwide Developers Conference (WWDC) suggested the company has an interest. The firm quietly revealed CryptoKit, a new set of tools for performing cryptographic operations, enabling simpler key management.

The iPhone maker also released a series of bitcoin icons for the in-house San Francisco font, giving app developers a more consistent means of integration bitcoin into their apps.

Opera could find itself at the forefront of a new shift in smartphone capabilities.

Scientists trace a cosmic radio burst to a galaxy 3.6 billion light-years away